Decorate for the holidays (or any other celebration) with a pretty pom pom garland – check out this easy tutorial! It’s so easy and budget friendly.

Hey guys!  Jennifer from Brave New Home here. In preparation for the holidays, I’ll be sharing some holiday DIY decorations in the coming weeks so you’ll have plenty of time to create some projects of your own. Those holidays always seem to creep up on us so give yourself plenty of time!

Today, I’m sharing how to make pom pom garland. It’s a simple concept, so in addition to a straight forward tutorial, I’m also teaching you the best and easiest way to adhere pom poms to yarn and how to best store your garland when the holidays are over.

For this project you’ll need yard or string, pom poms of the color of your choosing and a hot glue gun. I’m a huge fan of garland of any kind and love that this white pom pom garland can be used for different occasions.

Start by putting a small dot of hot glue directly on the pom pom. Then stretch your yarn and pull it down into the core of your pom pom. I used two hands (I used one while I had a camera in my other hand) and it looked a lot like how you flossed.

I’ve read tutorials that recommend sewing the pom poms to the yarn but this is hands down the easiest (and just as effective!).

I used a piece of washi tape to keep the distance between my pom poms consistent. I had some extra pom poms when I was done with my first garland so I made a second pom pom garland for my mini Christmas tree without spaces between the pom poms.

Now for my tip of how to store the garland when not in use.  Wrap it around some cardboard and tape the ends of the garland to either side of the cardboard.

It will be easy to unravel and won’t get tangled. It’s that simple but will save you so much time and headache the next year when it’s time to decorate for the holidays again.

See you later this week with another simple and festive holiday craft!

Do you want to switch up the type of poms you make for this garland? Get Maggy’s seven pom pom making techniques! 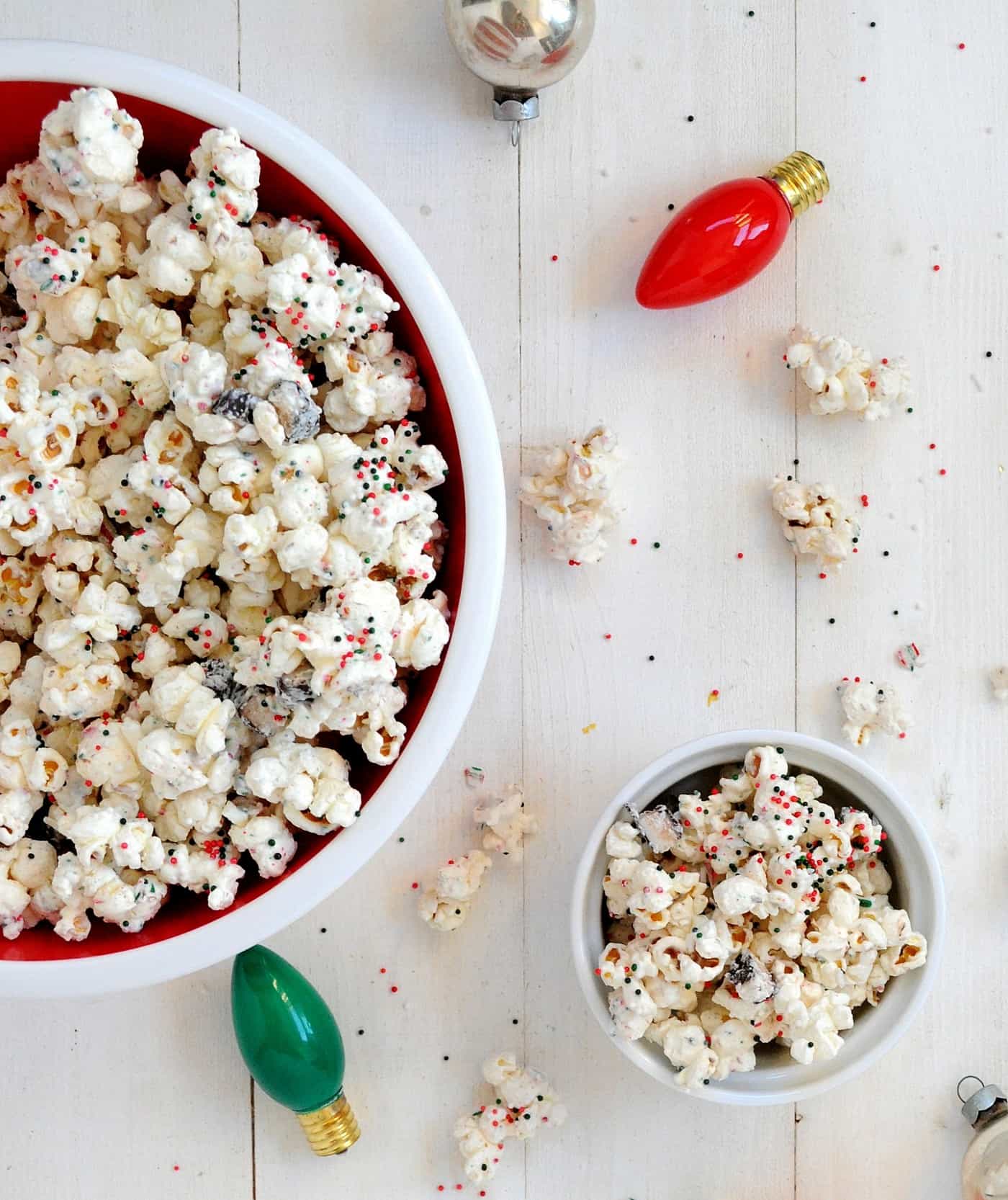 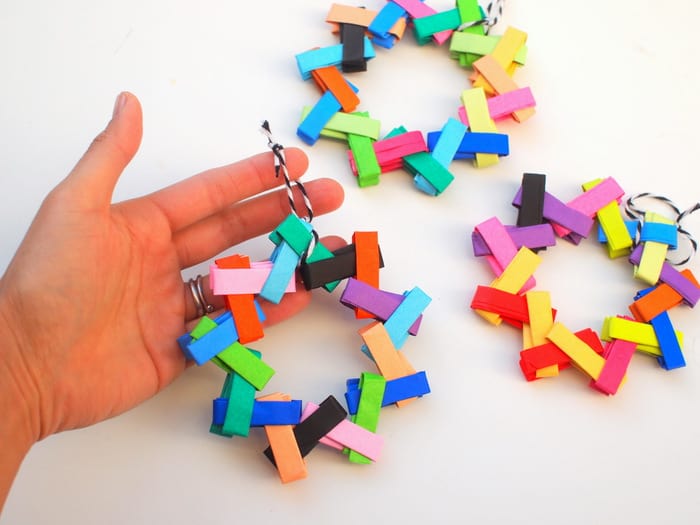 Next
Origami Christmas Ornaments Are Easy to Make
Click here to cancel reply.