Fifteen years. When I say it out loud, I can’t believe it. That is how long I’ve lived in Atlanta! Guess how long I intended to live in Atlanta originally? One year. The reason I moved to the south in late 2001 was because I’d graduated from the University of Washington a few years before and I wasn’t sure what my next move in life was. My parents were moving from Louisville, Kentucky (transferred with United Parcel Service) so I figured why not? I was a 24 year old idiot with a forestry degree and no idea of what to do. Maybe some people have it together at 24 . . .  but I didn’t. (And if you’re 24 and reading this and don’t have a clue, I’m 40 now and it’s going to be fine, trust me).

I had student loans when I graduated from college (my parents didn’t pay), but luckily due to some scholarships my debt was only at about $14,000. That sounds like a lot to some, but for living in an expensive city and paying out of state for one year, it wasn’t too bad for me. I figured if I moved to Atlanta for awhile, I could figure out what I wanted to do. I’d stay with my parents for a year, and pay off my student loans, and by the end of that I’d know exactly what I should be doing with my life, and I’d be able to start down that path debt-free.

Because before that year was even up, I was already married. Isn’t that crazy? Which I suppose if I’m going to tell you the story, I should be really transparent and tell you all of it. So I’m going to get a little personal, and that means revealing something I haven’t revealed to many people: I never loved my ex-husband. A sad state of affairs, I know. And that part isn’t his fault and is completely mine. Because when I moved from Seattle to Atlanta, I overestimated myself. I became very depressed from moving cross-country, and as I mentioned I didn’t know what to do with my life – plus I had left behind a relationship that was very important to me to make the move.

So I dated a guy that I met through high school friends on a trip to Kentucky, and six months later we got engaged. Three months after that we got married. Right before walking down the aisle I had a panic attack, and I cried my entire wedding night. I just never thought the whole thing through. I never thought about what I wanted, or even gave myself a chance to get used to the new place I was in. Honestly, getting married seemed like the thing to do.

Yes, I’m dumb. If you ever want to feel good about yourself and some of the decisions you’ve made in your life, just think about me getting married and then you’ll feel better. Ha! You can already guess where this is going which is that the marriage took my one-year-in-Atlanta plan and turned it into a very different thing. I thought that I would try to make the marriage work in Atlanta, since my parents were here. We talked about moving to the west coast, but looking back he never wanted to go and I didn’t want him to go either.

I hoped love would develop, but it just never did.

And six years later, in 2008, I found myself working in marketing (via some sales analysis jobs) as well as finishing my MBA. I really enjoyed marketing and started back to get an MBA in 2005. I always saw myself getting a master’s degree, so when University of Georgia began their evening program, I was all in. I knew my marriage wasn’t going to work, though I was still trying . . . honestly the evenings at school and the weekends studying were a good escape from that. The MBA program was about two years and nine months, and then I was done!

I had to face a bit of reality at that time. First reality: my marriage wasn’t working and it was time to call it quits. The love that I hoped would develop never did, and I was starting to get angry and resentful. We filed for divorce just after six years of marriage and 28 days later, it was done. The nice part is that we didn’t bicker over assets nor did we have children. We did have two dogs, so I took the two pugs and he took our shepherd mix.

Around the same time I got a divorce (in 2008) is when I started Mod Podge Rocks. It was never to be more than a hobby, but I started a blog at the right time and poof – it took off. I got a book deal in 2011 and by 2012 I had quit marketing to blog full time.

Meanwhile, right after my divorce, I met my current partner Steve. I had spent most of the end of my marriage recovering from moving to Atlanta and healing from my marriage. A little odd, I know. But I was ready for a new relationship. My ex-husband found someone relatively quickly as well (perhaps he experienced the same thing?) and got married and had a child. We don’t stay in communication, but I do wish him the best.

After so many years here, it didn’t seem like a big deal to stay a few more. Yet my heart has always been in the northwest, and the dream of going back has never gone away. Always in the back of my mind, I wanted to be in the northwest again by the time I turned 40. And over the years, my family has moved back, slowly but surely, while I’m still here. 2017 was the time for me to go – and so I’m going.

The story of the house purchase is here.

And while I didn’t make it back to the northwest right when I turned 40, I’m pretty close. The big 4-0 happened in January of this year, and I’m ready to get started on the next chapter of my life. I’m so thrilled for the big changes coming (and nervous too). I hope you’ll follow the journey!

To keep up with our adventures, simply click the image below to see everything under the hashtag #ATLtoVanWA! 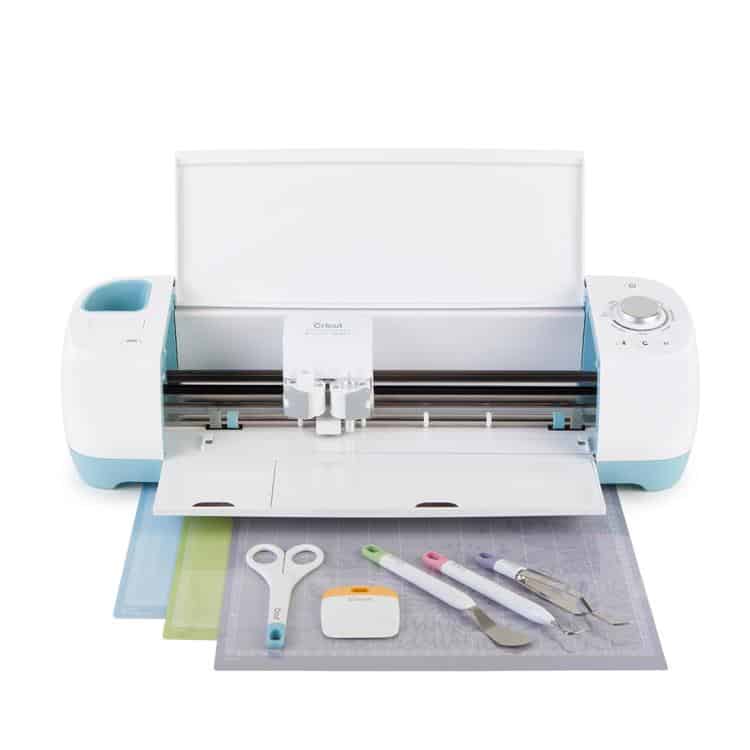 Next
It Took Me a Year to Unbox My Cricut Explore
Click here to cancel reply.

Welcome back to the NW! I am out of Snohomish, WA. That is 20 minutes north of Seattle (without traffic ).

Wow what a journey so far Amy. I have had a similiar one in that I have an ex-husband and I made a move too. The move was not the right thing and so I came back home. I look forward to reading about the rest of your journey! ????????

Welcome back to the beautiful PNW!!! Longview, Washington here - about 30 minutes north.